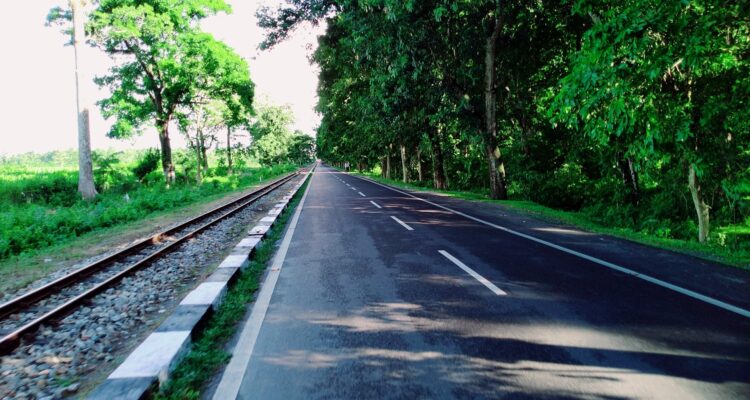 Siliguri has emerged in the last 2-3 years as the most sought after location where people want to settle from in and around Siliguri. While PANDEMIC seemed a dampener for the Real-estate industry, astonishingly the phase after COVID saw a surge in demand. Experts also indicate that the pandemic helped shift consumer sentiment heavily toward homeownership and the Work-From-Home trend is boosting demand for larger homes. With the surge in demand came the increase in prices of Real Estate properties in Siliguri.

Much of the increased demand was resulting from people looking to move from Rented Accommodation to owned accommodation and from people looking to shift from smaller homes to bigger homes. There was a sudden demand coming for bigger flats in Siliguri and the same propelled the flow of High-End Residences also referred to as HIG. The demand was very high in places like Sevoke Road, Punjabi Para, Burdawan Road, Uttorayon, etc.

Similarly, there came a surge in demand for Affordable house, much of that was a resultant of people realizing the own house is much better than rented house. Again, COVID was a major factor in making them understand the luxury and ease of staying in own house compared to rented accommodation.

The result of this surge in demand of residential housing led to the absorbing of most of the ready to move in stock available in market. People were preferring a Ready-to-Move or one which they could shift in the next 1(One) Year. Such was the Demand during this period that the prices of Apartments rose by 25%-40% in Siliguri. However, People have been more willing to go in for something that is ready to shift. But now with the ready-to-move in stock almost getting sold out, the next options were to choose projects which were on the verge of launching. Builders & Developers could catch on to this demand and here we have a good supply of Residential Apartments in Siliguri currently.

Generally, it is seen that the prices of Raw Materials go up and the same is followed up with rise in prices of the Real Estate. But this time the Real Estate industry which was supported by the increased demand and rise in prices met with a sudden Inflation impact which led to rise in prices of the Ram materials by 20% to 25%. Then the rise in Repo Rate by the Reserve Bank of India (RBI) by 90 Basis point in two tranches again played a bit of a dampener for the industry. What looked like a double blow of Raw Materials and Interest Rate rise for the Real Estate Industry has not been able to make too much of a dent recently.

House affordability falls but still in comfort zone; Siliguri remains home buyers’ best bet. buyers can absorb price hike of up to 5-8%, interest rates inching up will not be a big dampener. Data shared by Macrotech shows that commodities like cement, steel and tiles have seen year-on-year cost escalation of as much as 35.1%. However, the weighted impact is about 13.7%.

Home loan rates are still about 150 basis points below those prevailing in 2019 and a reversion to those levels will result in an 11.70 % increase in the EMI load for the homebuyer and an effective 3.38% decrease in affordability. However, even with interest rates approaching 2019 levels, the home buying sentiment should not get impacted significantly. Assuming complete transmission of repo rate increase of 90 basis points since May, the EMIs in Sliguri for a Rs 75 lakh apartment has gone up by Rs 4,100 in the last two months, and by Rs 5,500 for a Rs 1 core house.

What augurs well for the Siliguri Market is the buoyancy in demand coming in not only from within Siliguri but also from adjoining areas of Sikkim, Bihar and now also from Kolkata. The uncertainty among the businessmen living in the border areas of Bhutan also led to people setting up office, business as an alternative in Siliguri. What follows commercial activity is the residential activity. This along with the consistent investment coming from Bihar has been able to absorb any sluggishness from local people.  Healthcare and Education infrastructure in the city has seen mammoth development and as a result people from all across in the region are looking upto Siliguri.

The only cause of concern in the days to come for the industry will be the Supply of Under-construction Property. Currently with most of the Ready-to-Move apartments have been sold out, the supply of under construction units are very high. Given the Construction linked payments, people living in Rent would need to pay both RENT and PRE EMI-INTEREST every month during the construction period, which at times is 3-4 years. If we compare with the period 4-5 years ago we see that both the Prices of Property have gone up and also the Interest rates would also surely go up. Thus, the Loan amount of PRE EMI or EMI would also be a good amount. Thus, it would be interesting to see what kind of schemes the builders and Developers will bring in to give this comfort to the Home buyers. Will we see schemes like 20:80 Scheme (Twenty Percentage on booking and 80 percentage on Possession) or NO EMI scheme (Where Builders pay the EMI till possession) or Interest subvention Scheme or something more Innovative. This perhaps only time and tide will be able to say.

What goes in favour for a city like Siliguri is that it is one of the fastest growing Tier- III Cities which soon promises to promote itself to Tier II city category. The huge infrastructure developments in the form of Asian Highway II, Kolkata Siliguri Highway, Proposed Gorakhpur -Siliguri Highway, Sevoke-Rangpo Rail Line and other Infrastructure developments in and around Siliguri are going to help the growth of the city manifold. Similarly the development of Siliguri as one of the largest Retail and Logistic hub will increase commercial activities a lot. Siliguri is thus a promising city in the entire country and something which has only one way to go and i.e up & above.

So if you are one of the person sitting on the fence, thinking and trying to analyse the Siliguri Market, what I would like to suggest is that this is the right time to ACT for you. Else if you miss this bus, you might not be able to catch up the next bus….and even if you do, it’s not going to be as good as NOW.

No comments to show.