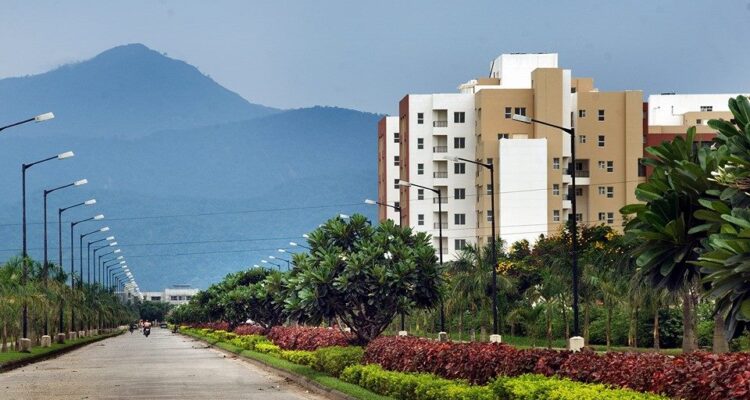 The Real Estate Industry which like another Industry is now well and truly marching ahead of the Pandemic days with a buoyant outlook. There has been a jump in demand beyond forecast in the recent past  due to the bouquet of positive things happening for the real estate industry in Siliguri.

Siliguri has been growing as the most fact paced and growing city of the Eastern India. The people from across East India and many parts of the country are having an eye on the city which has been a great combination of affordable prices, Good Living Conditions and a huge growth prospects. The demand for Real Estate from within Siliguri has been consistently growing with more and more people trying to catch up on the success story of the City of Siliguri. Young People who had migrated to Metros and other big cities, who came back to city of Siliguri were awed by the growth and potential of the City. The thought that only Metros were the place that they wanted to stay also changed to “I don’t mind being in Siliguri”. The same was a result of those extra months that they stayed back into the city after a long time owing to the Forced situations resulting from COVID-19.

The periphery of Siliguri including the location of Matigara, Bagdogra, Jalpaiguri route and other which have witnessed huge development of Roads and infrastructure have made the city, a City to look out for Logistic, Industrial and economic Growth in Eastern region.

If we look at the Residential Markets, we witnessed growth in demand owing to factors which are intrinsic to Siliguri as outlined above also many factors which are general to the state and the Country. The Falling home Loan Interest rates  to as low as 6.50% have been a huge contributor to bring the people who had been long “sitting on the fence” to make that decisive move. The recent decision by the Govt of West Bengal providing relief in Stamp Duty and Circle rate valuation have added to the growth too. The recent increase in Inflation and consistent rise in the prices of raw Materials has also created a sense of fear among the Property buyers that the prices of Properties may go up by anything between 15%-25% in the coming 6 Months. The same will also lead to the Increase in demand for the Property buyers with a feeling to catch up before the price rise is given effect to by the Real Estate Developers and buyers.

The Price Changes of the Residential Properties in the Last 1(One) Year locality wise can be summarized a lot in the following list :

Note : These are just estimates and prices may vary based on the project size, localities, amenties, etc.

There has been a huge change in type of inventory of the Residential Properties in Siliguri. Most of the Inventories comprising of the Ready-to-Move Property have been sold out during the last 1(One) Year. What we are now going to see is a huge inflow of Under-construction Properties and New Project Launches in and around Siliguri. What we see is not only the Increase in the number of Projects but also the Size of the Projects coming up in and around Siliguri. The major factors for such a large inventory to be coming up could be the study of the Real Estate Developers and builders, who may have seen a huge surge in the demand of Residential Properties in Siliguri. The expectation may be that the same shall sustain over the period of next 4-5 Years.

The Luxury segment has also seen a good demand as well as the huge change in the Types/Sizes of the Residential Apartments. Luxury Apartments used to be in the size of 1800-2200 Sq. Ft have quickly been changed to 3000-5000 Sq. Ft Apartments. More and more people have started to look for bigger apartments with bigger rooms and better facilities. A Welcome change for a city like Siliguri.

However the Commercial Real Estate market has not seen such a huge rise in the prices (In percentage terms) mainly owing to the fact that majority of the people buying commercial Real Estate are either Investor’s or have a very long term plans of Setting up a business or commercial activities in the Property they buy. More over the retail and similar industries which do take up many such properties on long Term Lease have also adopted a “Go Slow” and “Wait and Watch” plans in the last 12 Months or show. It is really going to be interesting to see how some of the existing and upcoming malls & High Streets shops perform post the launch of a couple of more commercial complexes and malls. The Ratio of Rentals to Property prices have not been moving in the same traction over the last 1-2 years. We have also not seen any upcoming good office Complexes or IT (Information Technology) complexes coming up in and around Siliguri. A sign of a City Struggling to catch up on the demand from IT Companies for setting up offices in Tier II & Tier III Cities. Something which needs a good encouragement for a place like ours.

The major Challenge in future for the City would be the match between the Commercial/Business/Economic activities and the Residential Property supply. Any city across the country will not be able to sustain the exponential growth for a long term if the City falls back in the growth of the City in terms of the Economic activities. A temporary growth in Real estate which may be led by Investor/s and not end users may just halt the scale of the growth in the days to come if we do not see the increase in the interest of people for development of Business & Industry in the region. It has always been seen that cities which have seen a growth owing the Investors has suddenly faced some jerks in the Real Estate Sector during the rough period. Those Periods have been the Periods which have witnessed a major correction in the prices of Real Estate as well. The city has moved on from being a City with residential Apartments at the cost of Rs. 2000 per Sq. ft (Approx) to Rs. 5000 per Sq. ft(Approx) and that could well pave the way for a correction in value terms and if not in percentage terms in days to come. Well, the same may not be taken up as a “Word of Caution” but “Something to think upon” for investors. “Too Many Investors” are directly proportionate to “Too much of panic” during rough patch.

The major strong positive for the Real Estate Industry in the future for a City like Siliguri can be briefly outlined as follows:

The Real Estate as a product is a Product that surely is not going out of Fashion. Siliguri as a City is surely in, in terms of catching up on the fashion. A city which is the second largest commercial centre of West Bengal and perhaps the most beautiful city with a perfect match of Business activity and Living Standards. Anyone reading this article, please don’t mind to get connected to the city, if you want to enjoy the hills, the rivers, the forest, the city and a good company..that too all together bundled in one small ride spanning over 45 minutes on a Sunday morning. Well, which other City will give you the same.

So why not own a Property in this beautiful City…Whats stopping you ? We are surely not. Stay connected.

No comments to show.